It is really amazing how much progress you get done when you concentrate on doing one panel of a casket or part of a panel each month!  I now have two caskets almost half done in one year.

So here is the latest side of my Harmony Casket - the one with the elusive unicorn!  I am pleased on how this has turned out.  But I wasn't always and so I will blog again soon about that story.  This is the second unicorn I stitched. 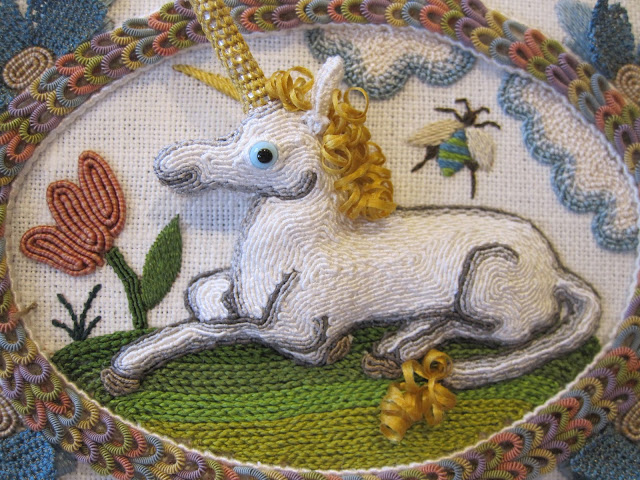 It goes really well with the finished frieze above it and I have already finished the next month's work early so it can be seen in its entirety!  Now off to work on the front of the casket. 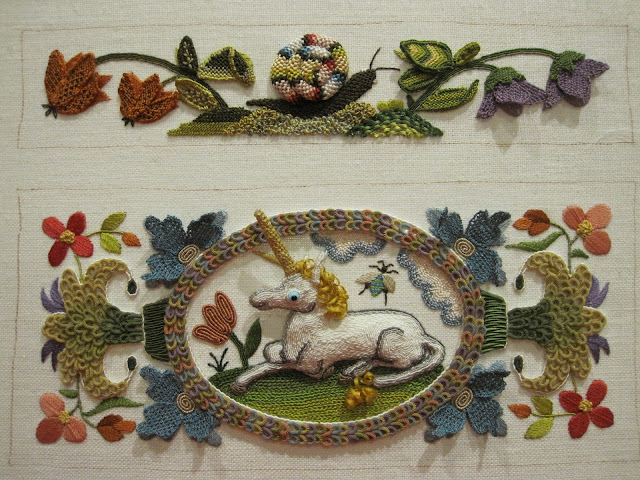 Posted by Thistle Threads at 9:32 PM No comments: 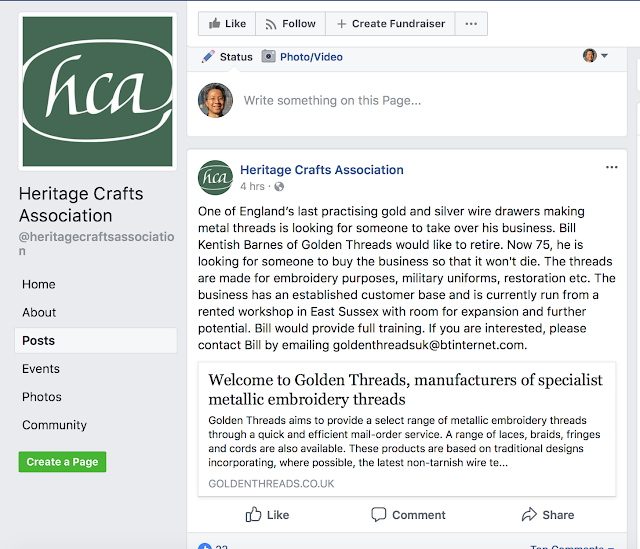 Posted by Thistle Threads at 12:51 PM No comments: