So last week, there was a very special visit in Boston of Janet Brandt and her amazing casket!  Janet contacted me months ago to let me know she was going to be on the East Coast for a family event and would I like to see her casket.

So we went a step farther than just having a lovely private meeting - I organized a great day.  First we would visit the staff in the Textile Department of the MFA and show them the casket and have them show Janet some of the yummy ones they own.  Then we would come back to my place and I sent out invitations to all the COC students in the adjoining states (about a 1-2 hour drive) and see if any of them would like to join us.  So we had viewing party for several hours.

Janet's husband Chris decided to take a video of Janet explaining her casket and the design to everyone at the MFA and he has posted it on YouTube for those of you who weren't there.  Now you might have to go back and forth to her previous video to see the sides up close or her blog, but you can hear Janet for the first time explain the entire story of the Land of Possibilities and the objects in the casket.  It was MIND BLOWING.  We had such a good time with her original storyline and then were amazed to hear that the panel on the back is the introduction to the next story... as Janet has two children to pass her art to and there is another one to be made.

I know it is long - about 25 minutes - but if you are the type that would have loved to have been there or a fly on the wall - you can be.  The first few minutes where she explains the outside is really the best as it tells all of what we have missed.

It was a good day and made all the work on the course worth it. 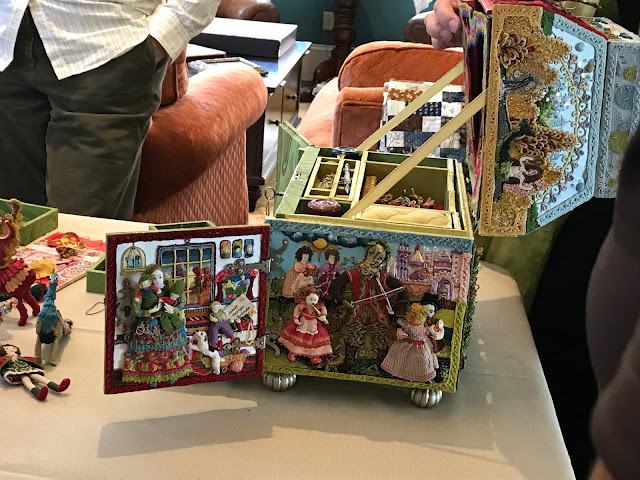 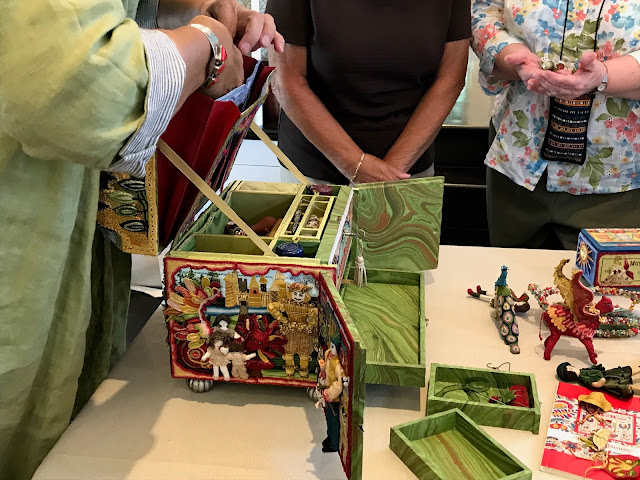 Posted by Thistle Threads at 7:32 PM