One of the first Chancelor's embroidered burses is going on display at the Victoria and Albert museum for their new exhibit on purses and bags.  The piece has some amazing close up photos on a special article about it on their website as part of the exhibition.

The article mentions how the bags that held the seal were using leather or no adornment previous to Elizabeth, but after her accession, they became these heavily embroidered pieces.  This is very interesting as it matches an overall increase in the use of embroidery across society and one wonders if Elizabeth's own interest in embroidery influenced the zeal for it for a century. 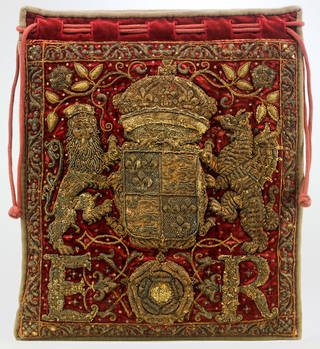 Posted by Thistle Threads at 9:29 AM