The Winterthur needlework conference is going to be held this year in person, but with a virtual component where virtual attendees can watch the talks that will be released a few weeks later. The subject of the conference is "The Needle's I: Stitching Identity"

Needleworkers have always used needle and thread to tell stories of family, memory, and tradition as they stitched samplers or clothing. Join Winterthur staff, visiting scholars, designers, and artists for a series of talks, workshops, and discussions that will explore the ways stitchers past and present have employed their craft to express a sense of self.

The in-person conference will be held October 6-7 in Delaware.  If you are interested in finding out more about the conference and the talks as well as the virtual option - visit the site for details and registration. 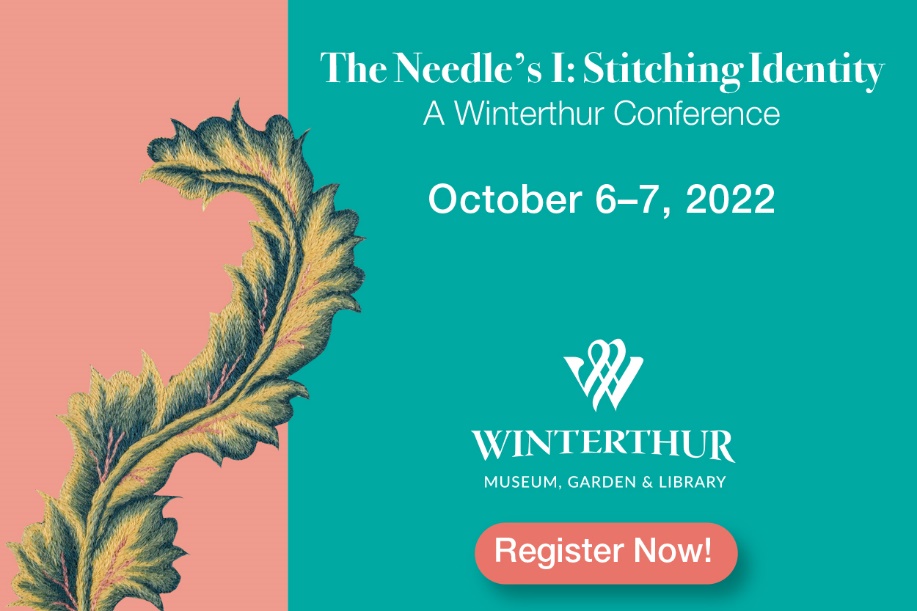 I am excited to be speaking there with a subject that was totally unexpected and exciting to me.  While looking to understand the socio-economic background of the girls who worked embroidered caskets, I stumbled on a clue that unlocked a treasure trove of documents that weren't previously known about Martha Edlin.  Martha's series of 17th century schoolgirl embroideries and casket are written about in numerous publications, but with a bare bones number of facts about her.  This discovery has allowed me to document her life to a degree I would never had thought possible.  That made a talk about her perfect for this conference - a formerly famous needleworker whose 'identity' was known but not understood.

Posted by Thistle Threads at 6:25 PM