Sometimes there are amazing things that come up on auction and you just have to throw your hat in the ring to see if you can grab it.  Unfortunately, I lost all of these lovelies (which made me sad) but the prices were just above what I could do (wouldn't it be lovely to be able to spend the gas, house, car, insurance, etc. money on these things!!).

The first is a 17th century whitework sampler that was being sold by Fryer & Brown. This one has the well known band of a woman and man at the top that has been found in some earlier pattern books.  It is not clear if this had been cut from a larger finished or unfinished sampler, as has happened many times.  There are more pictures on the auction site. 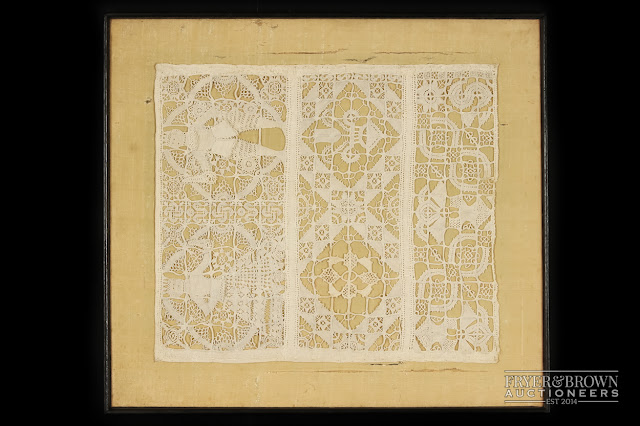 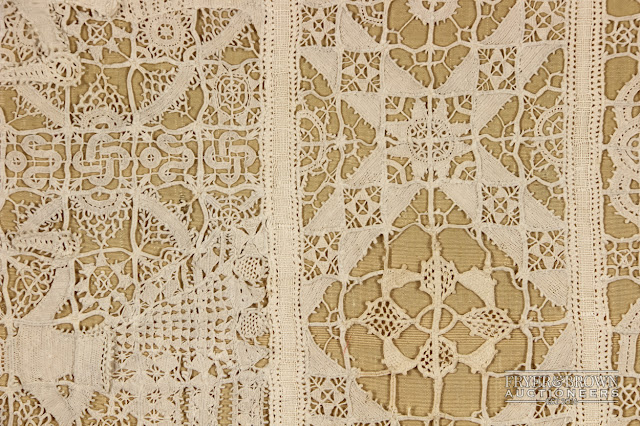 The second loss is an amazing sampler (it went for over $20,000) wrought by a Quaker girl.  This sampler was an unknown piece in a grouping that Lynne Anderson has been studying and so it is a gem not only because of its beauty but that it adds to the considerable story she has been building.  (I am awaiting the book!).  It is a match to several of my favorite samplers, including the match in the MFA Boston collection.  There has been scant work on English Samplers and so any work is a major contribution to identify the history of how these pieces came to be and their teachers.  Check out the pictures with details on the auction site.

Posted by Thistle Threads at 10:32 AM