Virginia Whelan wins an Honorable Mention prize for her Queen Bee entered into the Traditional Casket Toy contest.  She also submitted a lovely dragonfly which is shown below too!  So she now has a duo of flying cuties!

The Queen Bee was interesting to me for her innovative use of the stumpwork fruit forms for the body of the bee, covered in lacet.  I wouldn't have thought to use them as forms for an animal!  So clever!  And the innovation didn't end on the bee, the dragonfly used a material I had never even heard of so I was thrilled to learn something new.  A material called Fosshape which is moldable polyester batting.  Who knew!?  Apparently it is use a great deal in cosplay costumes to make moldable shapes.  I will have to keep this in the back of my mind for many different things.

After the challenge was received, I happened to be playing outside with my grandson, Foster, and we saw a bumblebee in the hydrangea bush. I took photos of it from several angles to understand its form and shape. The same day, I received a Barnes Foundation brochure on future classes including one on entomology, highlighted by a photo of a bee. From these two random bee encounters, it became clear that I was to make a bumble bee for the competition. I decided it was more appropriate to make a QUEEN BEE for the competition.... who wants to be a drone?? 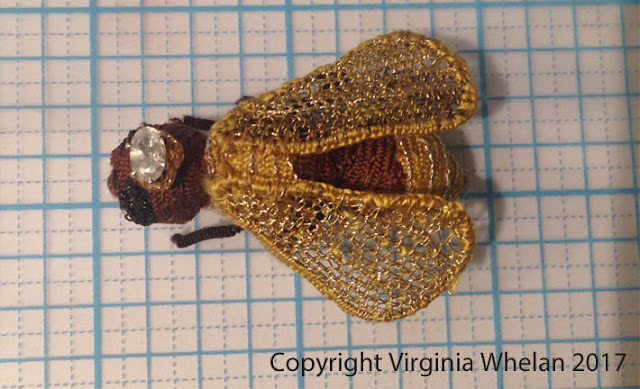 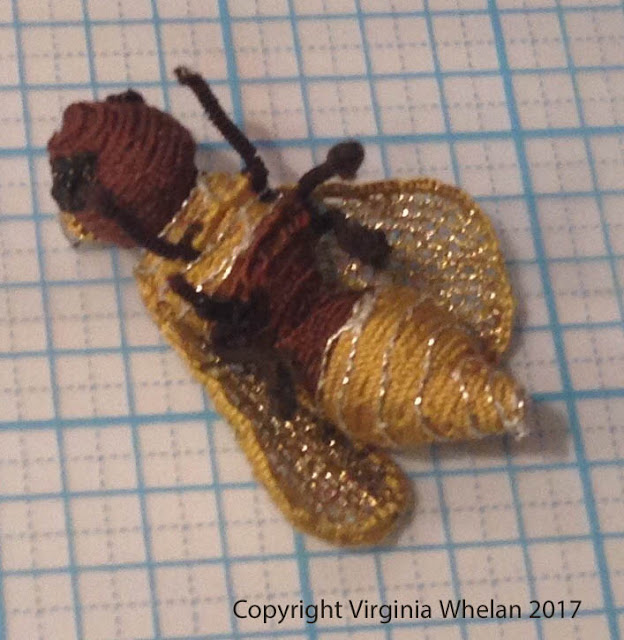 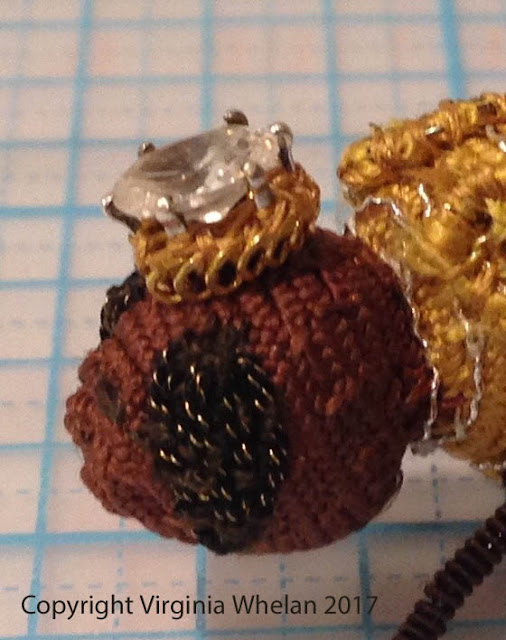 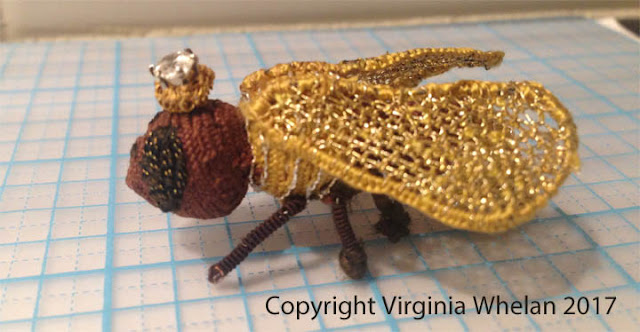 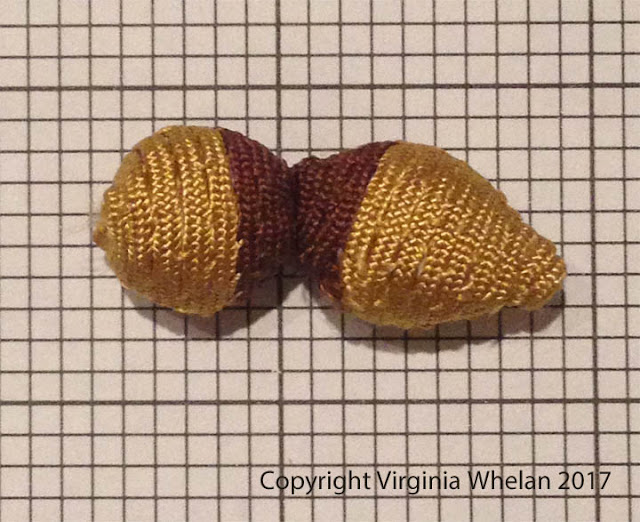 This fall, I was fortunate enough to visit the Design Library in New York State. It is the world's largest archive of historic textile patterns and printed samples. The staff was reviewing the first copies of their newly published book (Phaidon Press). One page in particular caught my eye. The image of the dragonfly became the basis for my second casket toy. 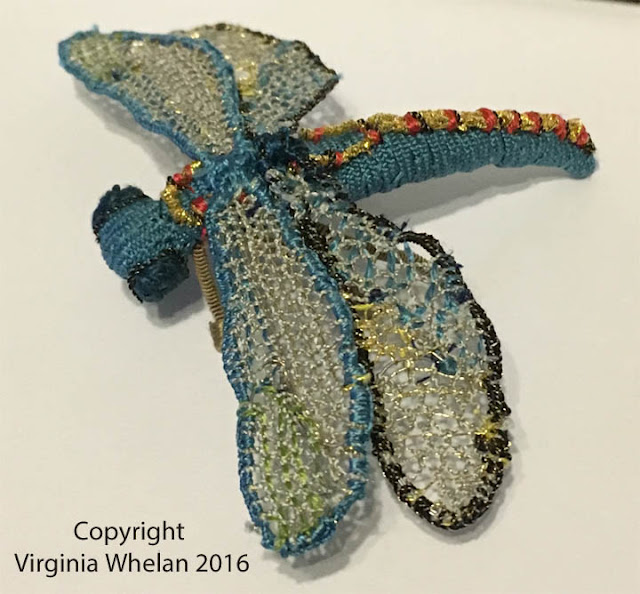 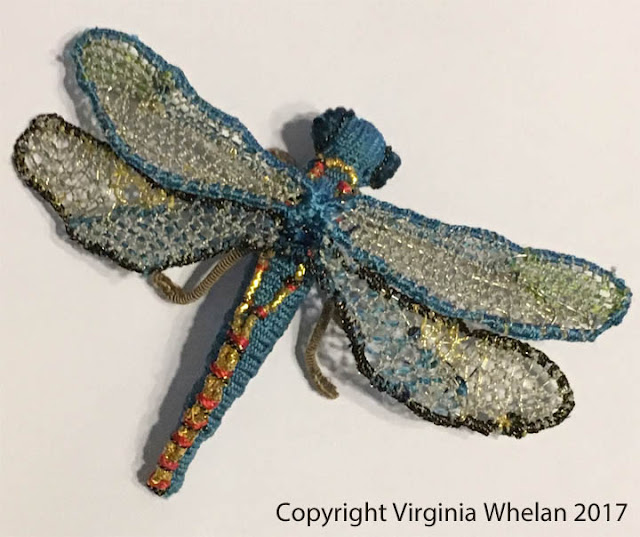