So the kids had been doing quite a lot of research on the designs of solar cookers and would review things as they were getting their presentations ready.  Near the end of the 'season', they discovered that one of the companies, One Earth Designs, who made big solar cookers for developing countries was now wrapping up a Kickstarter to get a portable, lightweight version of their much larger version made.  It was basically the manufactured version of what the kids were designing.

Excited, the kids and us coaches started trying to track down the company - amazingly it had grown out of Harvard and MIT and so we found someone we knew who knew Catlin Powers, the CEO.  Catlin was incredibly generous with her time and responded to an email from the kids and arranged a conference call with them.  She was in China at the manufacturing line at the time. 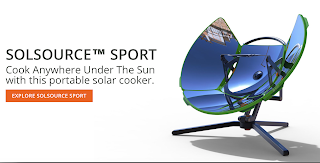 The kids explained the problem and the dangers to the Sherpa people and this amazing opportunity to get their prototype to Antartica in three weeks to do the type of testing others needed to see to be convinced.  Her system could actually be the one that could go to Mt. Everest.

Catlin did one better - she offered to hand carry production unit #1 back to the USA a week later and send it to us to make Nick's flight to Chile to meet up with his planes to Antartica.  We were over the moon!  This was changing from a nice project that the kids did for the competition to maybe even coming up with a solution that could be implemented to save lives on Mt. Everest in the next year!

We had to wait for months for the expeditions to get back from Antartica, but the pictures and data were worth it!!  It melted water at altitude and at -15 degrees, beyond the conditions at Mt. Everest base camp!  In one of the pictures, the person aligning the solar cooker to melt ice is an indigenous Sherpa gentleman working in Antartica before going back for the Everest season.  The report back was that they all wanted to try it more! 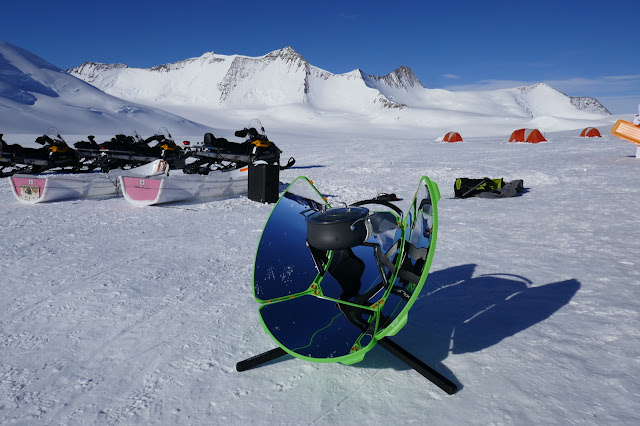 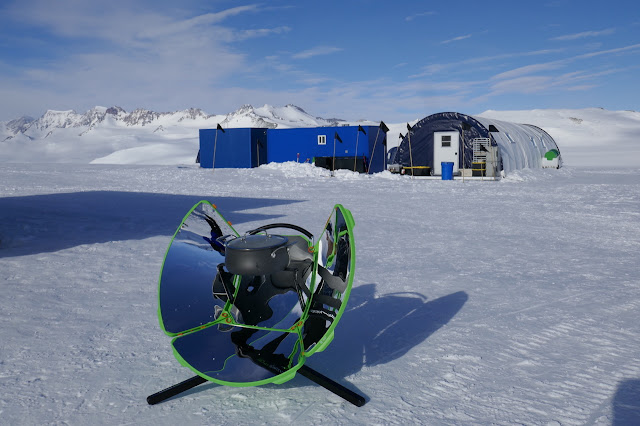 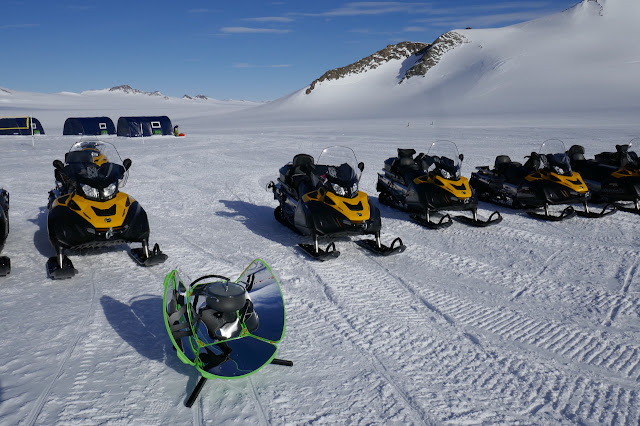 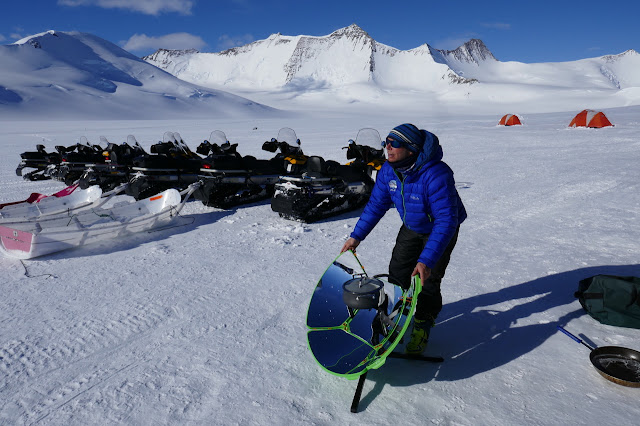 During this time, Catlin was able to take her product on Shark Tank and get a $500K investment from Mark Cuban!  Quite the story on their project.  Right now they are getting ready to talk to the Everest exploration contacts when they get back from the Everest season (April-May).  It would be an amazing full circle if next year we send one up to Everest for trials.  If we can reduce the amount of propane used - it will save lives.


Posted by Thistle Threads at 9:22 AM