We had the opportunity to meet Rosemary Cousins in person during the UK Casket tour and anyone who did knows she is a gem - such a creative person!  She blends her love for early English history and costuming with her love of Japanese crafts.  She also makes fabric covered boxes just to hold the things she is working on!  Amazing.  So when I saw her entry for her version of a blended box - I knew it was a Honorable Mention Award winner in the Modern category.  Rosemary also included some fantastic pictures showing the making of it to share with you that I find so interesting!

Background and Inspiration to My Small - by Rosemary Cousins

I am not intending on making a classic casket (initially) but rather a folding drawered lap desk that will contain all the bits and pieces needed for making yubinuki.  One of the things that would be a 'nice to have' in the desk would be a small work light.  Your challenge made me start thinking a bit more adventurously and I thought that turning it into a flower, specifically a tulip, would be fun.  I thought that I was being original until part way in my husband reminded me that this had been done in a scene from 'The Goodies' - a British comedy show from the early 1970's (seen here about 5 minutes in, if you care to and have the time .https://youtu.be/fjdyIQpOGy4  ). Because I  didn't know how much lucet braid I would need, besides 'lots' to create the petals, and I thought it could be interesting to try make, I decided to make my own, using perle thread so that it would be larger/wider, thus covering a larger area.  After collecting Period still life paintings   http://pin.it/EG4Ssb0  I decided to go with a variegated petal/thread.  The thread colour I settled on was not ideal, but came from the palette that I had decided on for the outer panels.

Manufacture of Small - by Rosemary Cousins

My first challenge was to find a suitable battery operated book light, which was resolved with an 'I lite' from here http://www.ebay.co.uk/itm/142119394459 . The stem I covered with 12 strand hollow round braid from Jacqui Carey' book on braids and sealed with Fray Check around the top.  Although if I had done this two weeks later, after I first saw an example, I would have used the 'Viking Wire Knitting' technique, as it looks just like plaited braid stitch in the round.  The 3 petals and 3 sepals were made from lucet braid which was laid over a polystyrene shaped egg pinned into position and then sewn together.  I started by laying the central rib of the petal, then delineating the outer edge (the shape of which owes more to modern tulips than their 17th C counterparts), covering about one third of the circumference, going under the point of the central rib.  Filling the right hand side in a circular fashion and then the left.  The first three petals were worked separately, but the second three were worked continuously.   I am not too sure how to disguise the clip.  Initially I had considered covering it with lacet tape, but now I am favouring working a circular stitch sampler of needlelace. 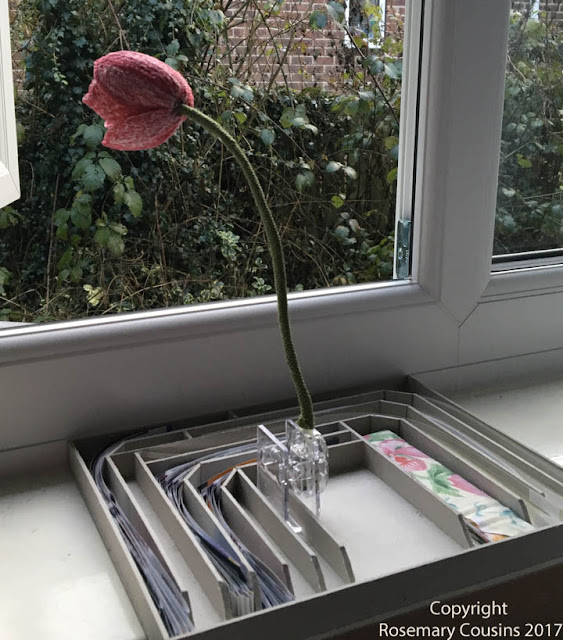 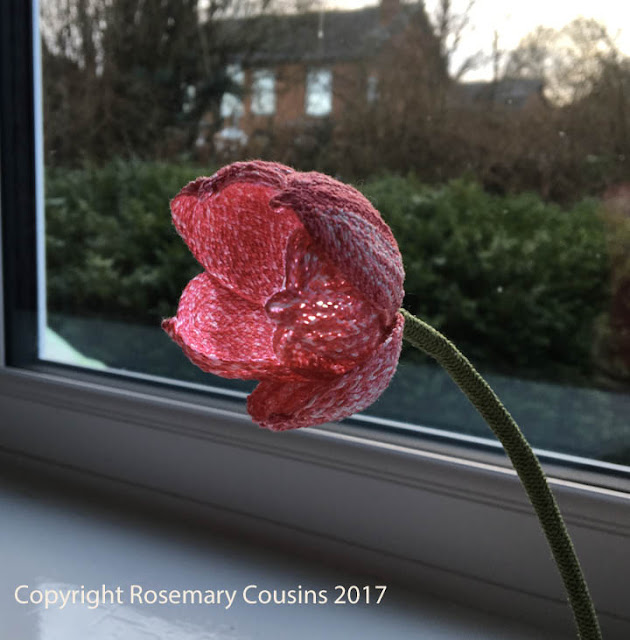 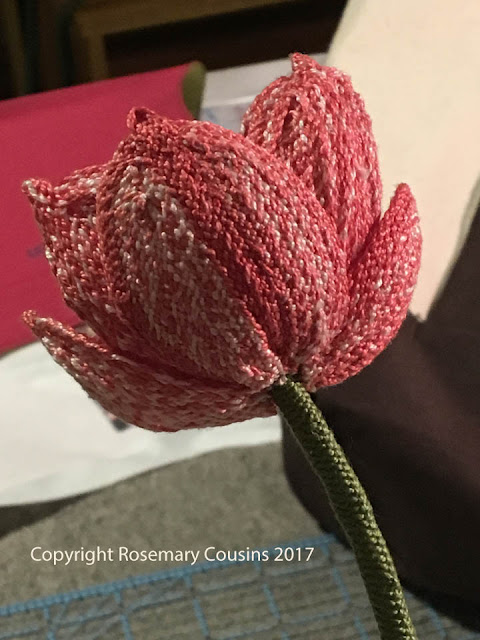 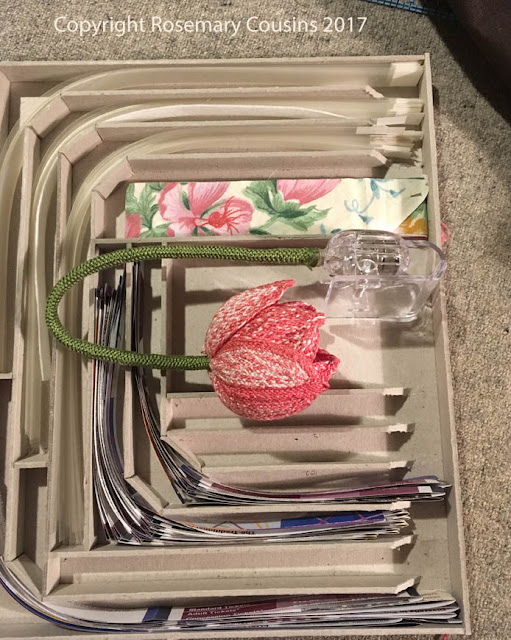 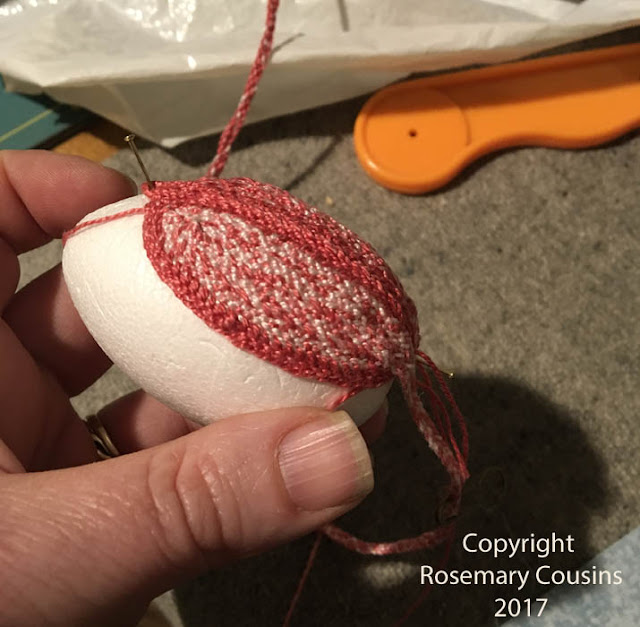 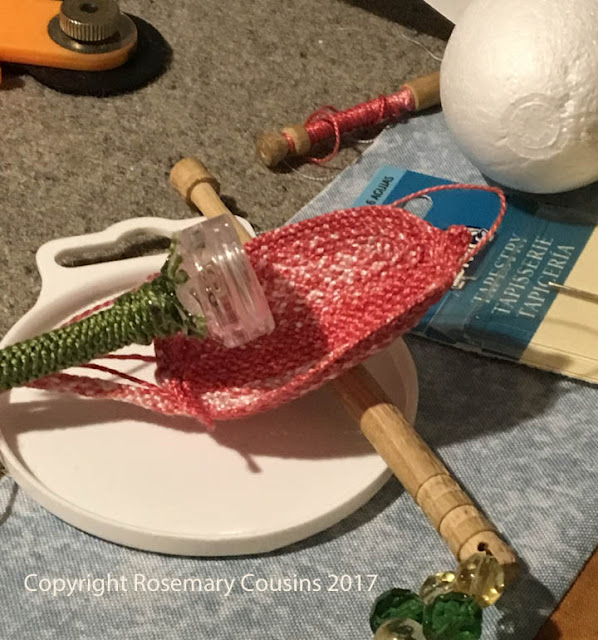