Sarah Bartlett Sampler and "May Your Hands" 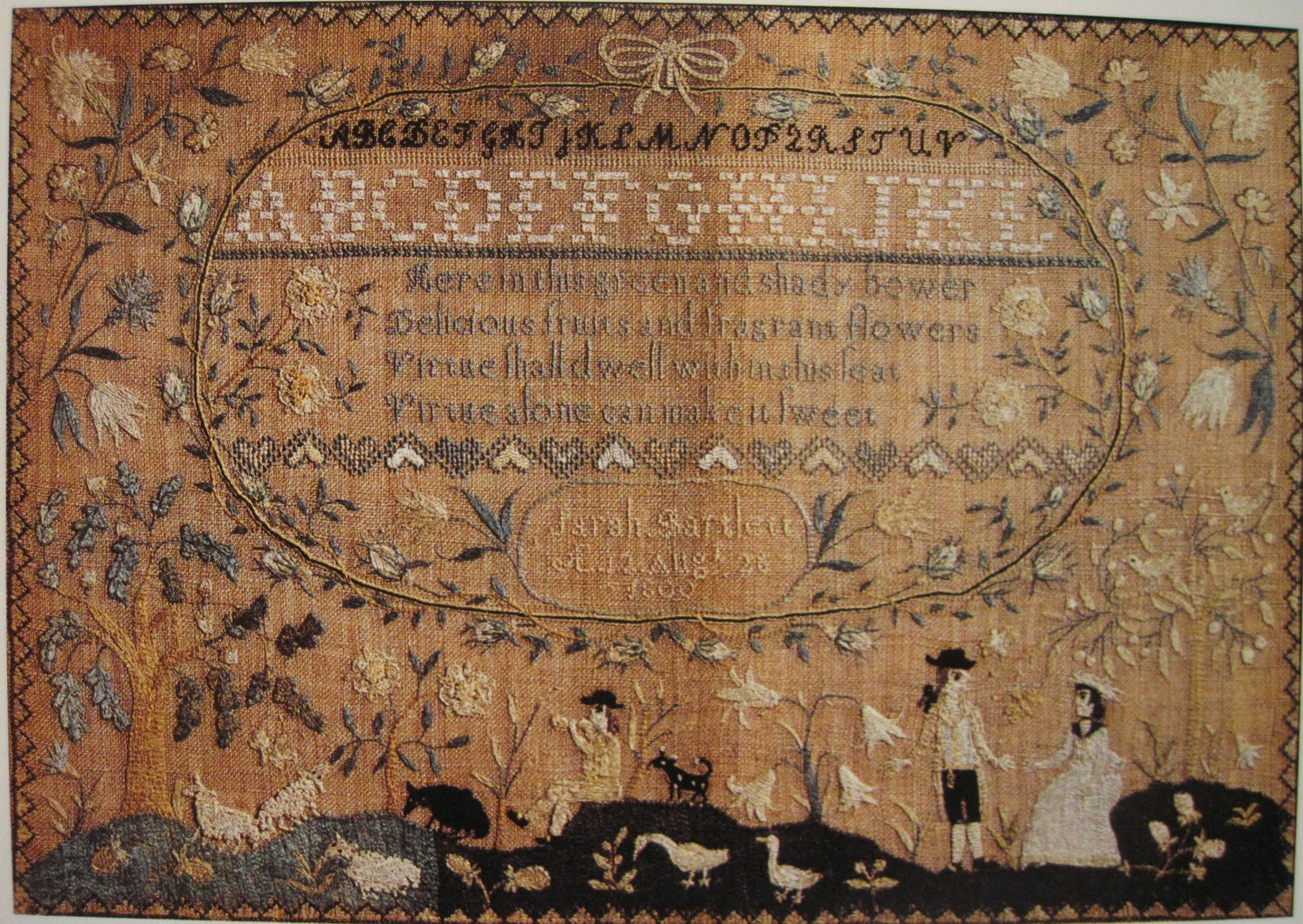 Yesterday we looked at the Mary Coffin sampler which is part of the grouping of 15 Horizontal Shady Bower samplers.  Two others of this group actually went on sale in the last two years.  The first was the Abigail Prince Poor sampler and the second was the Sarah Bartlett sampler.  Abigail's sampler had been part of the Betty Ring collection and was in terrific condition.  Sarah, had been listed as unknown location in the book Betty had written.  That sampler is special to me as it was the prototype that Betsy Kreig Salm and I used to design the May Your Hands/Shady Bower series of needlework accessories as well as the lovely box that Betsy painted.  Here you can see the sampler and the inspired pieces.  It was quite a thrill for me to go to NYC last year during auction season to finally see this piece in person.  By that time I had seen almost everyone of the other 15 in person except my muse itself.

Unlike Mary Coffin's piece, Sarah's doesn't have a pond but has a great assembly of little animals and a courting couple.  I liked the oak tree and the little tree with birds on the other side as well.  Motifs that you should be able to note on my interpretation. 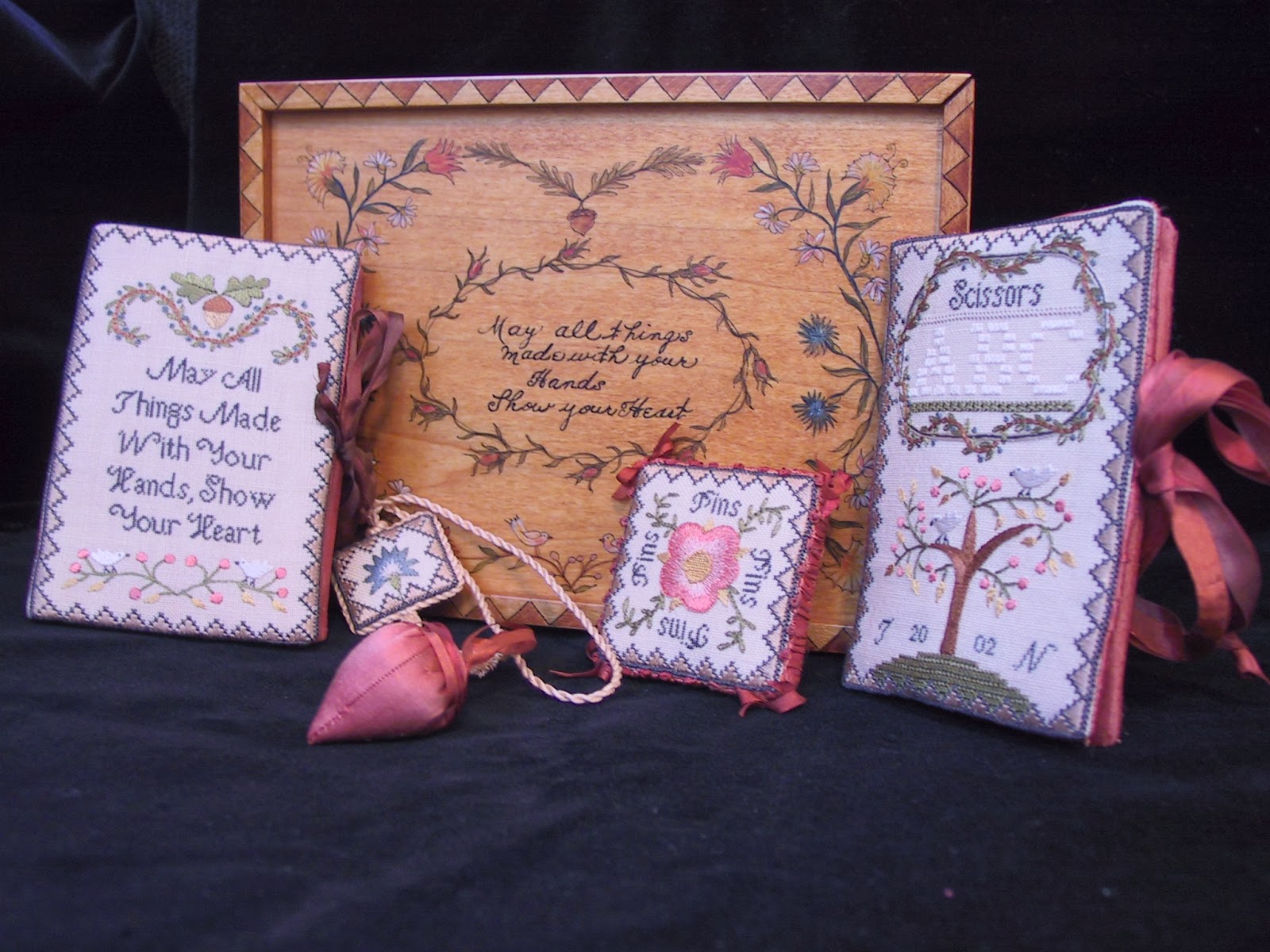 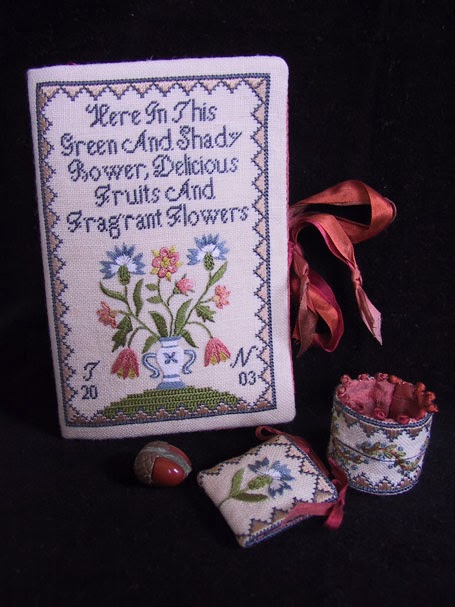 Posted by Thistle Threads at 11:00 AM