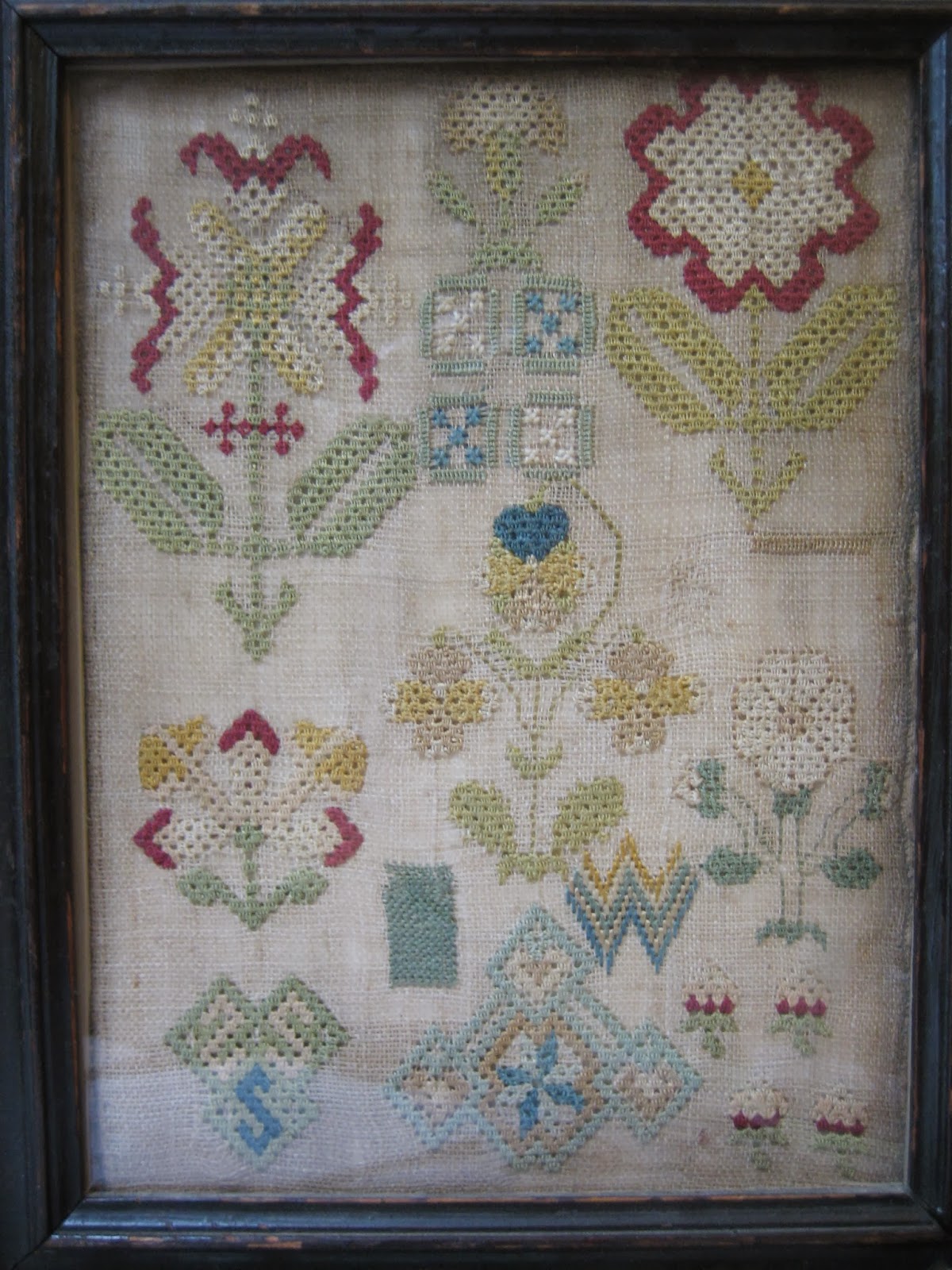 Spot samplers all look different, don't they?  Or do they?  I think an interesting project would be to assign designations to the patterns on the samplers and then catalog them by these designations.  Giving them frequency groupings.  Like all samplers which have a 50% overlap go into a group.  Maybe some trends would fall out of this.  I bet we are looking at a group of teachers or workshop projects that at first seem random but aren't as random as we think.

Just look at these two samplers.  The first one is mine and it forms the major project of my Tudor and Stuart Goldwork Master Class.  The second one was sold by Toovey's Antique & Fine Art Auctioneers in 2008 (Lot 3148, 17th June 2008).  The Toovey piece is dated 1655.  Mine is not dated, but it has more than 50% overlap.  I like to think about this - how can we derive information from things that don't have their records anymore.