How Bad is the Snow Here?

1) Forget Needlework!!  This is my new business idea: 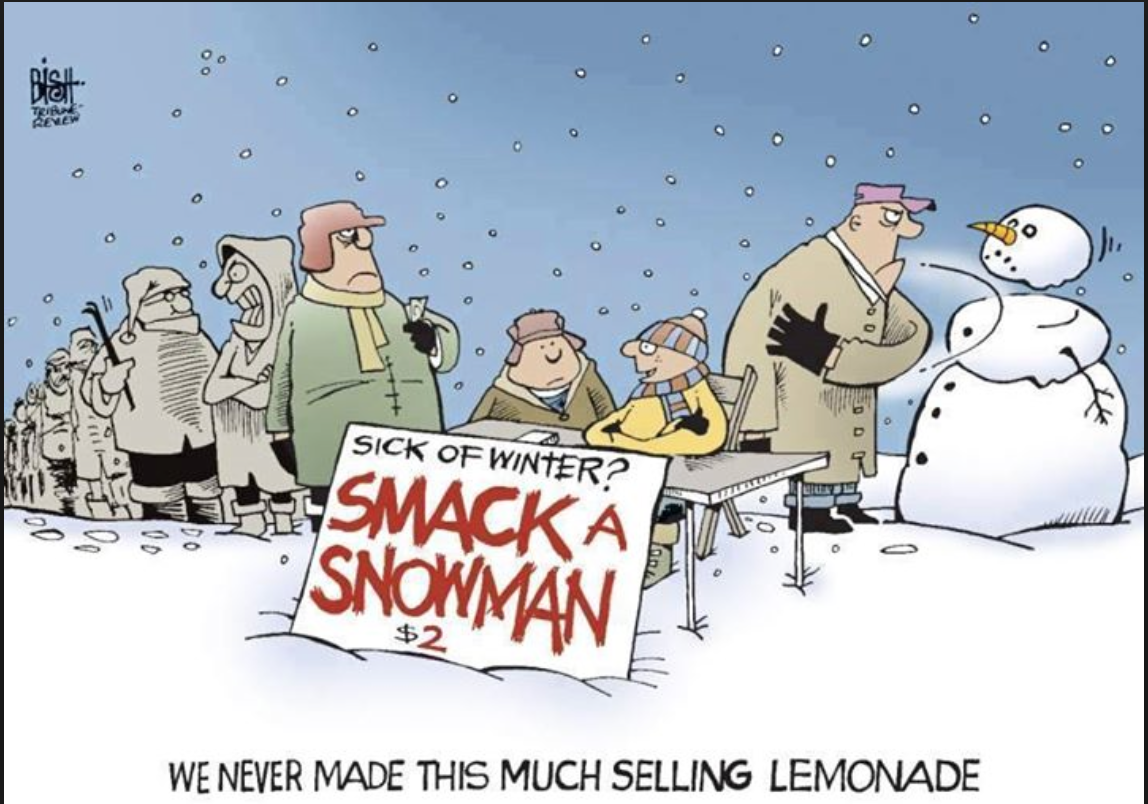 2) Our street signs have been replaced because we can't see them anymore: 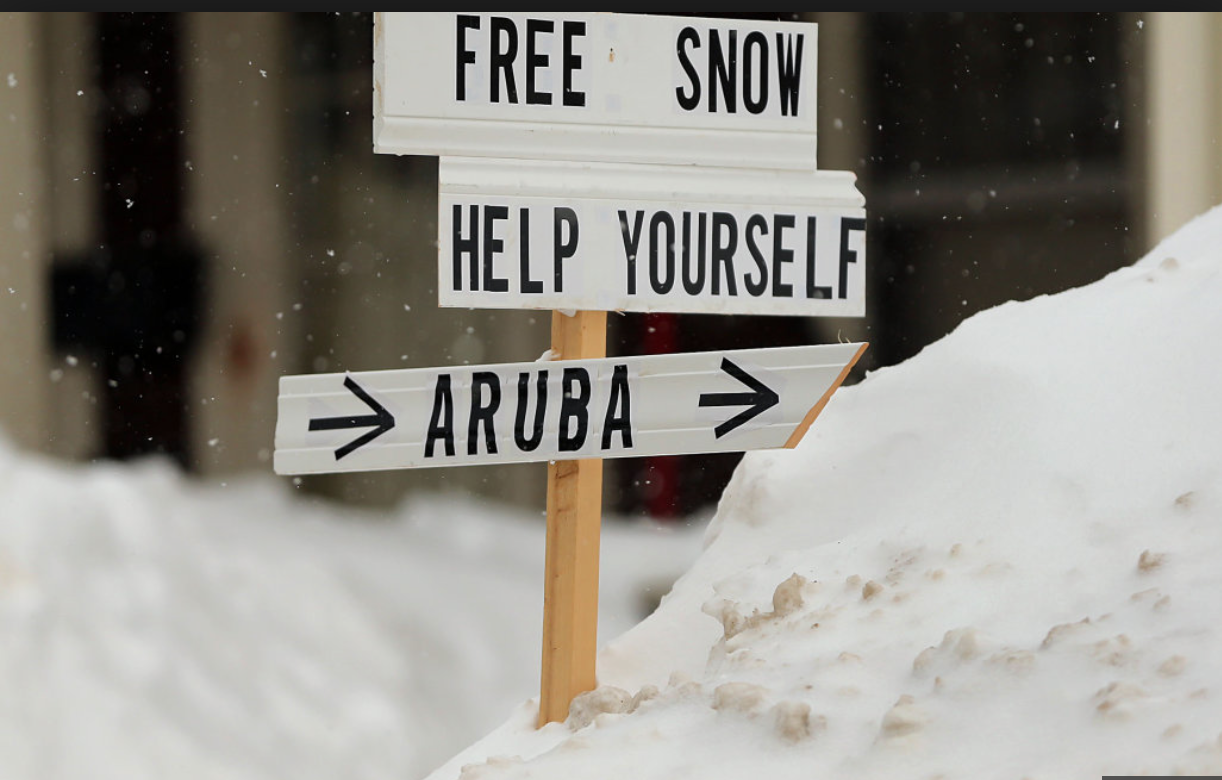 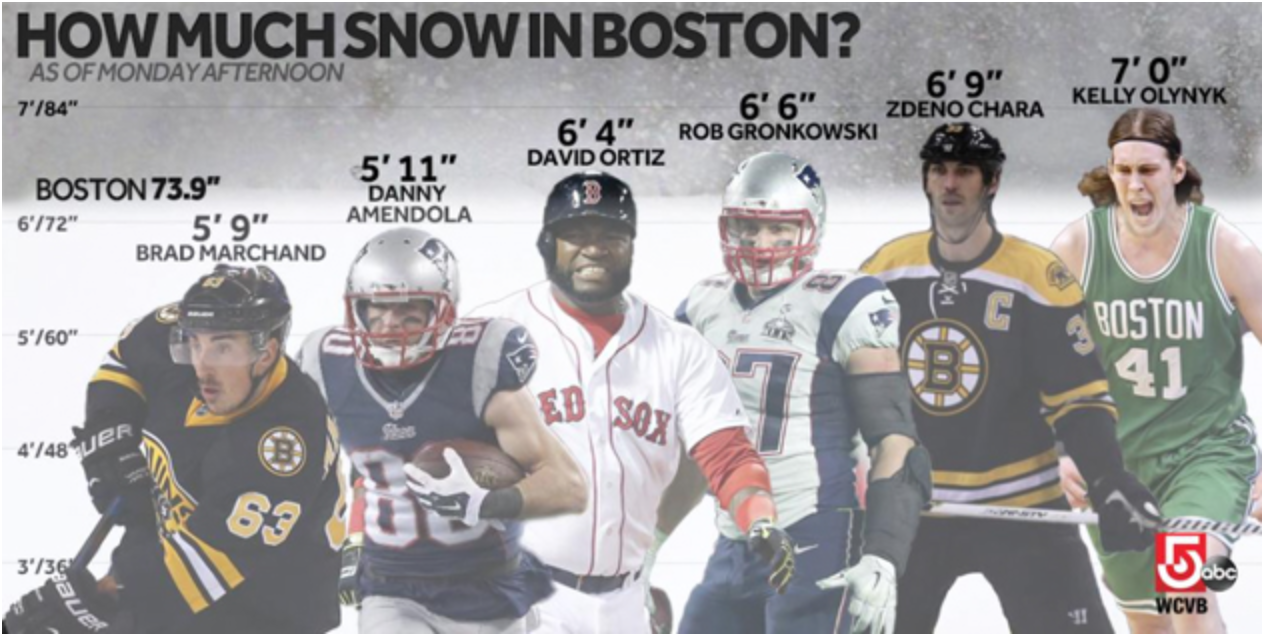 4) Schools are closed because their roofs are in danger of collapse and those who are open are serving strange meals from deep freeze in the cafeterias because no food has been delivered for more than a week (my son is loving the endless hot dogs).  Some private schools have had to resort to drive by drop offs/pick ups.  That means that the town declares that a road is now one way, you drive up in front of the school and kick your kid out the door - stopping traffic.  Same thing for pick up - this road is pick up for names A-N.  Another road is O-Z names.  Yes.  Did it.  Stop in the middle of the road and your elementary kid jumps in.   Really crazy but the kids just can't stay home all of February.

5) Our weather forecasters have become more honest in their assessments 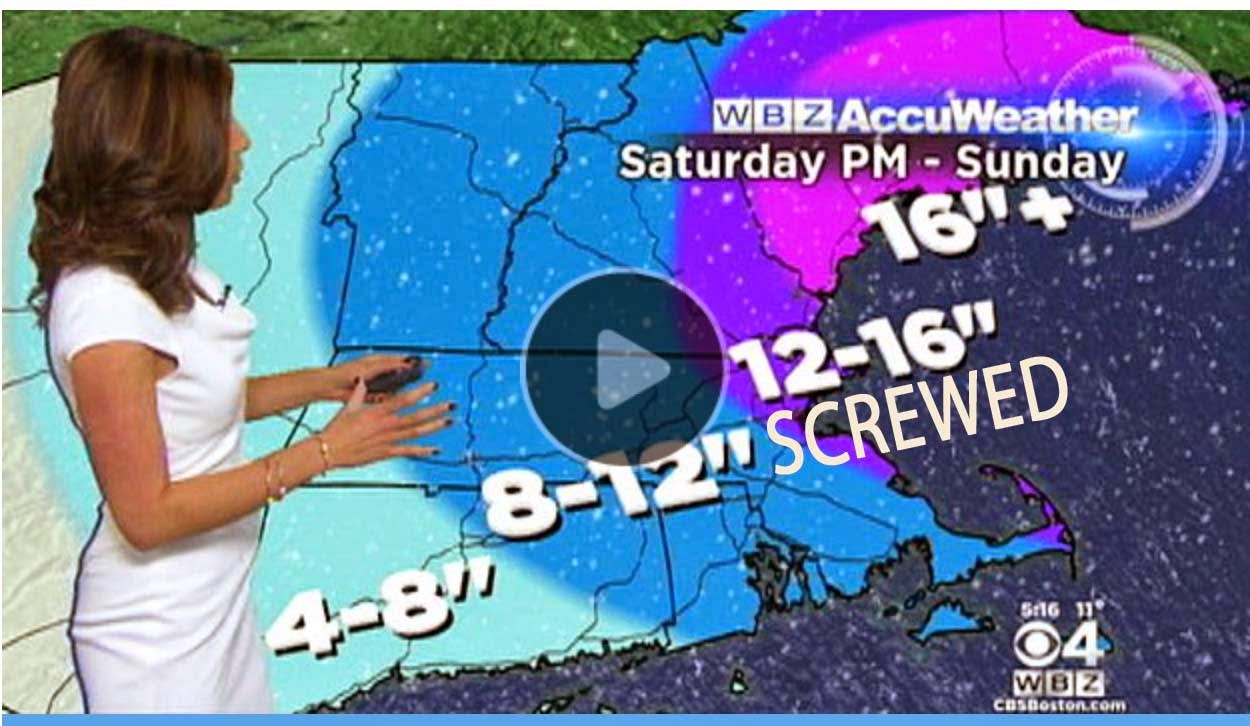 And that is the weather forecast for THIS WEEKEND.  ANOTHER BLIZZARD.  12-16" MORE to come.  I think the new Governor (only a three weeks on the job) and Mayor are now asking to be recalled to end their misery

6) We have had big snow before.  Just never all in three weeks.  Before this storm coming at us tomorrow, we are in the 9th biggest snow SEASON in Boston history.  And it all came in 16 days - not five months.

7) I actually had to wait trying to pick up my kid in a church driveway with a line of cars yesterday while people took selfies with an icicle.  Granted it was three floors high and was about 1 foot in diameter at the base where it grew to the ground.  It was impressive and bigger than most trees.

8) I know people wonder why the New Englanders are whining.  It has to do with the density of the urban environment.  There aren't many parking lots so street parking is key for almost all residents.  When the emergency parking bans go in place, everyone who owns a car has to move them to an indoor parking lot - such as Logan airport, public parking lots, hotels, and malls.  So imagine that - now all the retail parking is used as a private parking lot for people without driveways and garages.  And that is many of the suburbs, not just Boston.  So then it becomes almost impossible to get to a retail/post office/etc and park your car.  My teen is getting tired of being let out at a corner and doing my errands while I circle the blocks.  So the natural thing is - use pubic transportation!  But our public transportation broke down.  Literally.  2 million people use it a day and it stopped.   So on the TV during the days of storms and in the aftermath clean up - they are telling you that if you are a medical worker - call the police so you can get a ride to the hospital to work.

9) We would raise the white flag - but you can't see it.  We spent the week saving now seven rooms from leaking disasters.  I estimate over $5000 inside damage already and $1500 in outside snow removal/roof dam emergency work conservatively.  I have never seen paint on whole walls bubble up from the moisture in the walls.  :-(  One day I made a dozen snow boas -- nylons filled with salt to put on the roof.  But they have helped and the leaks are stopped.  Except for that foot+ we are expecting now.   The difficulty in clearing roofs is that the ground to put the ladders on is so unsafe.  We had three people on our roof for one full day and only cleared 20% of it because of so much ice to chip away.

Please send your sunshine and mild weather this way... but slowly otherwise I will need to build an ark.

Thanks for listening to the snow humor.  A return to needlework tomorrow.