A Postscript to add - storm not over and those snow totals were blown out the window.  17" here at our house on a 8"-12" prediction.   The weather guy said "when the thundersnow started at 3am, we threw our predictions out the window".  So add 'Thundersnownado' to the list below.

Ok - to keep ourselves amused as the snow started and the next round of 'trapped inside' got underway - we started to list all the names used to describe our big storms.  We were trying to figure out where our exaggerating storm coverage would go next... I mean, they already used "The Blizzard of 2105" and here we are in the second blizzard in one month.

Remembering a few of the ones used so far to describe our five huge storms:

So we are going to have to coin some new ones because the way the weather man hedged about later this week - we know we are getting hit again soon:

And a Boston special:  Wicked Blizzawd

Of course, those are only the clean names we are using around here.  :-) You know it is past absurd when you see this on TV.  In two hours, the rest of the 2-way streets in Boston will instantaneously change to one-way streets until April.  Don't come drive here - some of the intersections have taken one hour to get through all last week and I have no idea what confusion this change will unleash!  Is Google Maps taking notice? 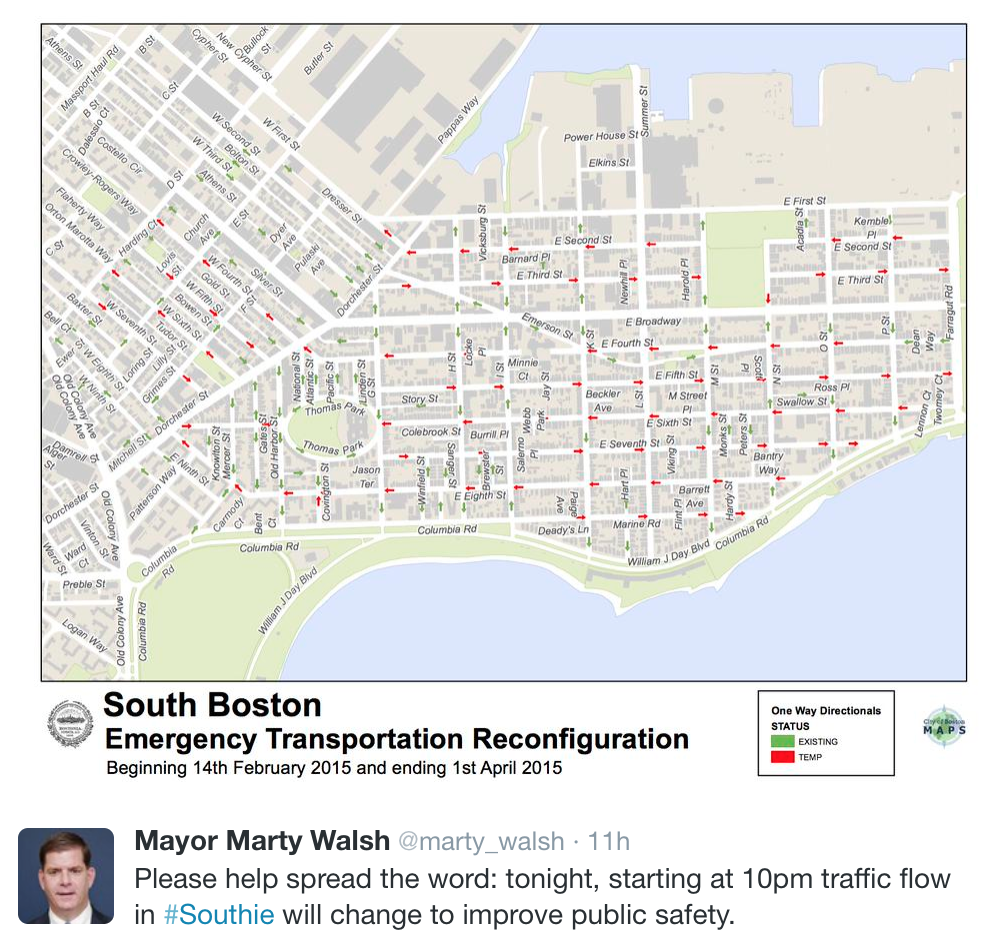 Why?  Well apparently we are not satisfied with Mother Nature dumping it on us - we have to farm it now (ha ha).  Ever heard of a Snow Farm?  Actually the report is that the National Guard has been here all week removing snow.  And now NY, PA and other states sent in crews.  We just got back from a day skiing and we saw soooo many front loaders and bobcats on the highway being trucked in from other states.  It was crazy.


Posted by Thistle Threads at 8:16 PM