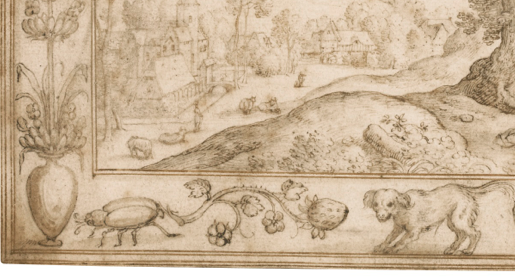 One of the styles adopted for embroidered pictures in the mid-17th century was a scene, often that of a rolling landscape, inside of a frame made of animals, bugs, birds and slips.  I was perusing an auction of Dutch masters and came upon this late 16th century drawing which uses the same construct.  I would bet that there are engravings of the same types sold in England that formed the basis for the copyist draftsperson to lay out embroidery patterns on linen. 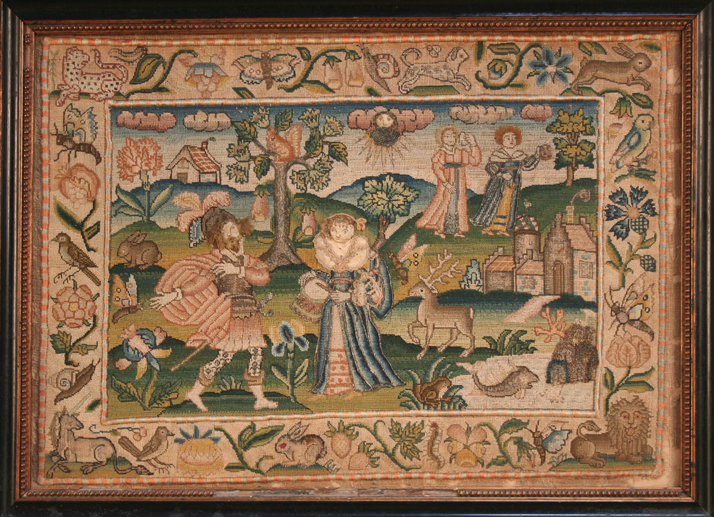