I had some just amazing entries that made it really hard for me to judge.  There were three in particular that were clustered in the same category and I just had to make a new prize level for them!  So this is the first of the "Just Wow!" category that won them a Small Mirror with Doors. 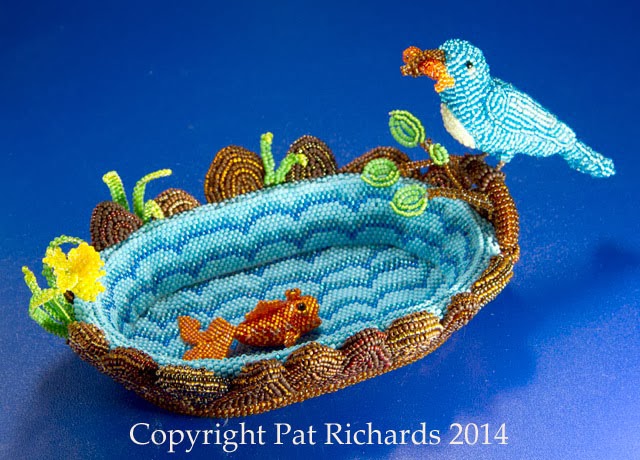 Pat Richard's piece was fully enclosed and beaded and I know that you are all now saying "WOW!" This is such an amazing interpretation of a grotto scene with the kingfisher on the handle she fabricated.

This design is inspired by the 17th century traditional beaded baskets as filtered through my own design aesthetic. In other words, it is more exuberant than some of my previous work, but not quite as over the top as some of the original pieces. In researching what beading information was available on the internet, I stumbled across a pattern for a beaded Koi by Idele Gilbert and was enchanted. My original plans quickly shifted to focus on the grottoes found on so many 17th century embroideries. I covered the top and bottom rims with beads as I had done in the Nibble project, then began Peyote beading panels to cover the bottom of the basket and the inner sides with a wave pattern. The rocks/hillocks surrounding the water were beaded in assorted browns onto felt, stuffed lightly and sewn to the outside of the basket. Fronds and daffodils were created through trial and error until the scale and quality of construction satisfied me. The kingfisher was the final challenge and he was created in pieces on a stuffed felt body, and after many attempts, was finally successfully mounted on his branch, supported only by his skinny beaded wire legs.

This piece isn't a surprise from Pat - if you have seen her work in miniature before (think mini-casket that is only 2"!) you know that she is quite talented!  Maybe we can beg her to write directions... 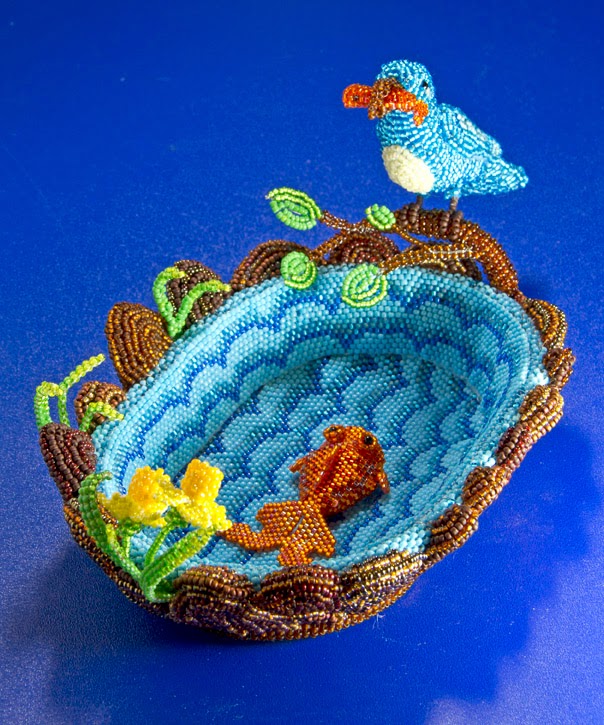 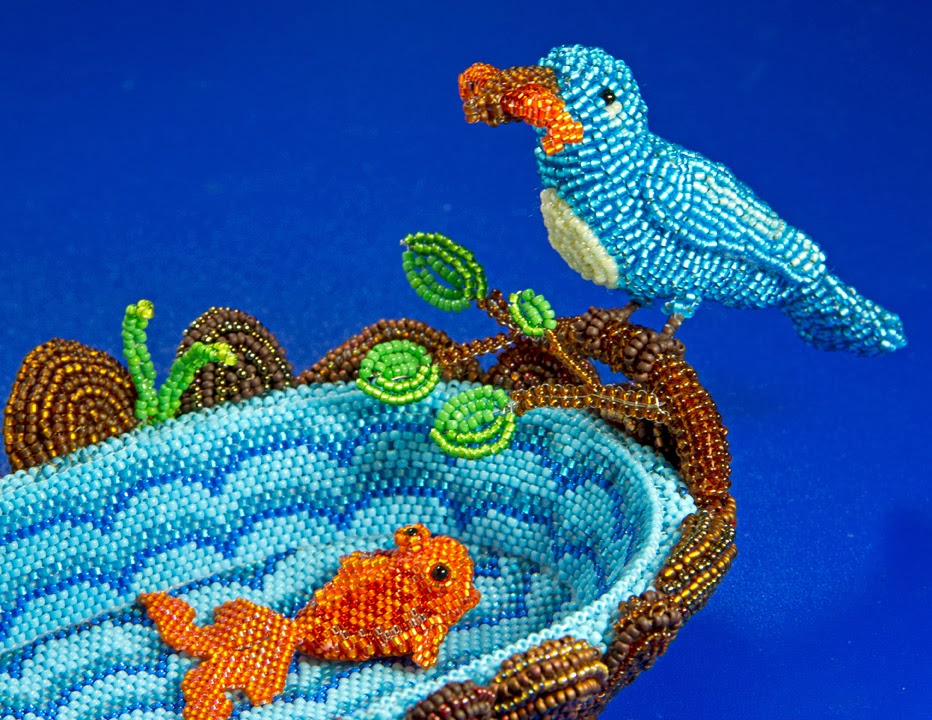 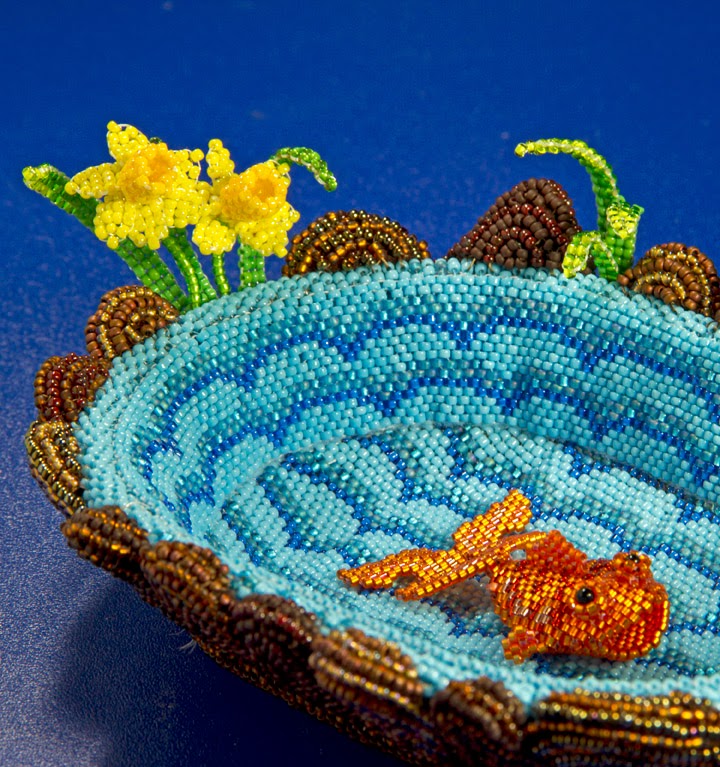 Tricia
Posted by Thistle Threads at 8:00 AM